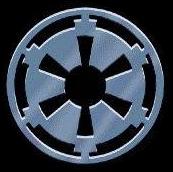 As of this moment any and all galactic events and schedules have been ceased until further notice!

The Imperial holonet will keep you updated on Galactic Events and motions concerning this new threat.

Until this crisis is averted no unnessecary traffic is to be used on the Holonet, the net is to be reserved

for Imperial use only!

For security reasons, the Emperor may no longer be contacted.